Dr. Eman has been working at National Research Centre (NRC) – Egypt since the beginning of February 2008 as a researcher in the lab of advanced materials and nanotechnology group, Center of Excellence for Advanced Sciences (CEAS). She got her master degree in the preparation of hybrid nanocomposites as electrical capacitors in 2014. She earned NRC’s award for the best master thesis in the applied science in 2014. Five years later, she got her doctoral degree from Ain Shams University in 2019. Dr. Helmy conducted many successful results with a huge breakthrough in luminescence measurements during her PhD degree at Siegen University, Germany. She published a patent entitled ‘ Phosphosilicate / polymeric nanocomposites; Challenges for planar optical wave guide applications – Academy of scientific Research and Science, Egypt ID 30473. She participated in 17 international conferences either as a speaker or poster presenter. She attended 13 scientific workshops. She was honored as selected young scientist on the NRC’s sixtieth anniversary celebration. She had several memberships in many scientific organization such as the Egyptian society of polymer science and technology (ESPST) and advanced materials and nanotechnology organization (AMNO). Dr. Helmy had a strong background in Solid state physics as well as polymer technology. This background enabled her to prepare hybrid inorganic/ organic nanostructured opteoelectronics. She is aiming to develop new hybrid materials to build up a connection between Chemistry and Physics. 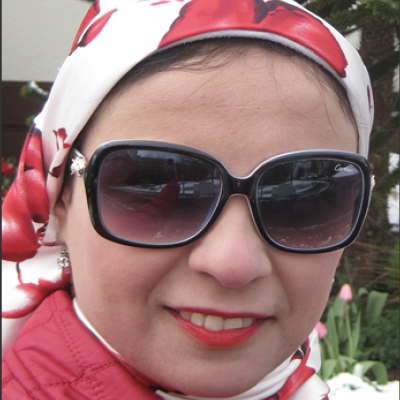